Welcome to the ProjectTorque forum! You will need to register an account here to play the game. Click the register button and sign in with Steam. Use a legitimate email as this is used for account recovery if you forget your password. We will never spam you or sell your user data!

You are using an out of date browser. It may not display this or other websites correctly.
You should upgrade or use an alternative browser.

Welcome to the Project Torque FAQ
You might have been linked to this page instead of getting a full answer as your question has probably already been asked a dozen times.


Below you will find more info about different aspects of the game and the people getting it back online.

Note, this is work in progress and will take a few days to weeks to fully populate.

What is Project Torque?
It is a Free 2 Play MMO Racing Game with multiple racing modes, many cars, and modifications such as paints, car parts, and liveries, leveling and crewing.

Crews?
Yes, you can setup or join a crew. Level it up to get extra features and race against other crews to dominate.

When was it released?
2006 as Level R in Japan. Shortly afterward making its ways to North America under the name of Project Torque, Europe as Level R, Russia as Speed Online and Taiwan as Fast Black.
It was shutdown in 2014.

Is it really MMO?
Sort of. MMO can be used loosely to describe games with many players on them.
While there is no freeroam with 1000s of players on, you do connect to a single server within your region along with up to 1000+ other players.

Is it actually Free 2 Play?
Yes. You are not forced into buying anything with real world money.
The Micro-transactions in game allow you to buy things without grinding as well as buying a few exscluisive items.

What happaned to the game in 2014?
Back in the day there were multiple publishers. Most players liked the North American version of the game so played on that rather than their own region's version of the game.
Because of this, the European publisher forced the NA publisher to block none American IP addresses resulting in a massive drop of players. Over the corse of a year, player numbers steadily dropped until the North American version was shut down. Due to people now not liking the European publisher, those numbers dropped too and was shut down.
An attempt was made to get the game back online under the name Heat Online. But due to players not trusting the game publisher anymore, very few played.
Bugs and other issues resulted in the game beiung shut down for good in mid-2014.

About the revival project.

For many years, players have been trying to get Project Torque back online.
Crowdfunds and petitions started but to no avail.

In June 2019 we started working with Invictus Games to bring the game back online and worked out a publishing deal that would see the return of an earlier build of the game.
At the start of August we created a crowdfunding campaign to fund the publishing rights as well as costs involved. A little over a week as raised the full funds and a bit more to help with development, hosting costs etc.

The team behind the revival project are all fans of the game. We are running the project as a not-for-profit and will put 100% of the funds raised from the sale of in game currency back into the development and hosting of the game.

In return for supporting the crowdfund, backers will get in game currency, XP and RP booster packs, exclusive cars and paints.

When do we get to play private Beta?
We will let you know when private beta goes live. 12-24 hours prior you will get an email with a Steam Key that will let you preload the game.

Can I still support the crowdfund?
Nope. Crowdfund was closed on the 12th as we already had over 350 backers and enough funds raised.
You can still support the game once it is live by buying GP. Our in game currency.

When do I get my rewards?
With over 350 backers, there is a lot of logistics to work out. It might take us a few days or weeks after the game is in beta to get rewards to backers.
We will keep you informed.

Free 2 Pay games are very popular now compared to when Project Torque first came out.
With that the industry around Free 2 Play has changed, and we have learnt from that change as to what not to do...

Project Torque will never be pay to win.
We will not charge you $100 for a single car or for a few items.

Price gouging is now something the games industry relies upon to generate a lot of money and we believe this is 100% unethical and unfair to the players who just want to enjoy the game.
Project Torque will have around 80% of the content obtainable without spending 1 cent on in game items.


We will also never introduce surprise mechanics gambling into the game in the form of Loot Boxes.
These are just a way to make players addicted to the game which again is unethical.

Where will the game servers be?
This game uses P2P technology so your experience in game relies on how close and well connected you are to other players.
Playing with people on the other side of the world will result in a bad race experience.

There are still game servers that you connect to. At launch our game server will be located in our London datacenter.
We plan on opening up a North America game server soon after and another in Asia if the play numbers support it.

You should always connect to a game server that is geographically located closest to you.
We will have a tool made available to check which is best for you.

Will all the cars be in the game?
No. Licenced cars will be swapped with lookalike cars as we don't have the car licenses.
We do hope to licence cars in the future but this requires a lot of players to make it happen.

What about game modes and features added in the later builds of the game?
We hope to bring back some of these game modes but this requires quite a bit of work.
New maps should be easier to add in and we hope to do this soon after launch.

DX11 support?
We would love to do DX11 and/or OpenGL but this is a lot of work and probably not worth it.
Support for displays above 1920x1080 will be worked on. 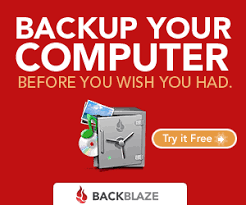