Menu
Carbon
Log in Register
What's new
You are using an out of date browser. It may not display this or other websites correctly.
You should upgrade or use an alternative browser.

I've completed all career missions (yes, all of them, even the annoying forklift mission) to the final one.
The final mission in Gold difficulty promises a reward of 2000 RP and an item that doesn't exist, it seems. I finished the difficult race (Panama vs Morello.... I was almost dead on that one) and won, however I didn't receive any of the rewards for the race. 2000 RP wasn't given, neither the XP, or the blanked out misc.reward, whatever it may be (car? item?).
Here is a screenshot of all my mission tabs completed, all of them on atleast Silver completion and occasional Gold's here and there
My RP count was 144.625 before final mission completion, and stays like that after.

I was going to report something of a "GP Reward" item too that shows I got them when I was playing in the Explorer mode, however I didn't screenshot it in time when I got it, nor does it appear in my Inbox items tab. 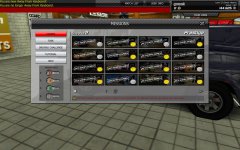 "GP Reward" items point at items disabled in the database. They're basically blank items.
As for the missing reward, we will look into it. Thank you for your report.

i wish to back GP in explorer i remember when me was take it in HO i was take just 1 GP , thats make players play EXPLORER better than being completely empty of players